Do you hear that? A faint shattering sound all around you, almost like breaking glass, but a lot daintier? That’s the sound of fragile male egos everywhere crumbling when they learned that model, actress, and certified Hot Girl, Emily Ratajkowski, has body hair. Now, I know what you’re thinking, because I’m thinking it too: surely, this cannot be. Hot Girls™ do not fart. They do not poop. And they most certainly do not have visible body hair, save for their perfectly manicured eyebrows and the long, luscious locks that flow like a riverfrom their evenly parted scalps.

The peaceful illusion of the perfect woman is no more, now that Emily Ratajkowski was pictured for the cover of Harpers Bazaar in a lacy bra, with her hands behind her head, displaying a healthy tuft of armpit hair. Harpers Bazaar also uploaded the photo to their Instagram, and predictably, people lost their damn minds.

“Ew,” wrote @whitneyairen. “Imo… not cute,” said @stylestarvintage. Vomiting emojis abounded. @lindsaylizz said, simply, “barf”. @sweet_7799 exclaimed, “No! No! No!” @valeriekokones added the nuanced, “I don’t care for it. If you like it go for it. It’s not about me you are thinking about, it’s you.”

“Sure, I’m positive that most of my early adventures investigating what it meant to be a girl were heavily influenced by misogynistic culture. Hell, I’m also positive that many of the ways I continue to be “sexy” are heavily influenced by misogyny. But it feels good to me, and it’s my damn choice, right? Isn’t that what feminism is about—choice?” @emrata writes about exploring what it means to be hyper feminine for our September 2019 issue. Tap the link in bio to read more. Photography by @michaelavedon Styling by @menamorado Hair by @petergrayhair Makeup by @hungvanngo

In a society that tries to dictate women’s weight, body proportions, outfits, wombs, and just about everything else, it’s no surprise that people also have strong opinions on (read: aversions to) women’s body hair. But the latest uproar is just another illustration of the frustrating double standards that exist between men and women.

In May 2019, Shawn Mendes did an ad campaign for Calvin Klein. It’s not the same exact type of photo Emily took for Harpers Bazaar, but you can still see a visible amount of armpit hair. Did anybody care about it? No. Comments on Shawn’s Instagram range from “Have my fucking children daddy” to the heart eye emoji. Nobody even picked up on the armpit hair, much less disparaged it, because nobody bats an eye when men have hair on places other than their heads.

This goes beyond some Instagram comments. In June 2018, razor company Billie launched the revolutionary Project Body Hair, which was a video that simply… depicted women who had body hair. It should not be that groundbreaking considering, again, Billie is a razor company, but think about it: have you ever seen a Venus ad shaving an actual hairy leg? No. You watch women with already dolphin-smooth legs lazily run a razor over what’s already hairless. Billie, on the other hand, showed women shaving their own, actual body hair.

While critically, Billie was lauded for this departure from the norm, amongst everyday people, the response was mixed. Look on beigecardigan’s ad for Billie, and you could pretty much copy and paste the comments section from Harpers Bazaar‘s photo and get the same effect. To be fair, there are people who understand that women have body hair and it’s totally natural and we should stop pretending like we remain bald everywhere except for our heads. But there are other, more vocal, people who, at best, think that it’s fine for women to have body hair, so long as they never have to see it or be confronted with that reality.

Hm. Where have I heard that before? Oh right, women having sex, or daring to have anything less than a stick-thin figure, or, I don’t know, simply existing.

In July 2019, Facebook flagged Billie’s paid ads (not the exact same ones from the Project Body Hair video, but a similar vein) as “adult content”. If that story sounds familiar, it’s because Facebook, and the world, have done things like this before. In the spring of 2019, female-focused sex toy company CRAVE decided to make an informational graphic video on the history of female sexual suppression. While the video clearly discusses sex and women having it, the content is not “adult” in nature, but more educational. Guess what happened to that video? Correct: it got flagged as adult content, and as a result, it cannot be shared via embed (meaning it can’t, for instance, be embedded in an article like this one), and the publisher of the video also can’t put any paid advertising behind it in order to get it in front of more eyes.

CRAVE also took to Instagram to attempt to promote one of their wearable vibrators, but once again, got shot down. 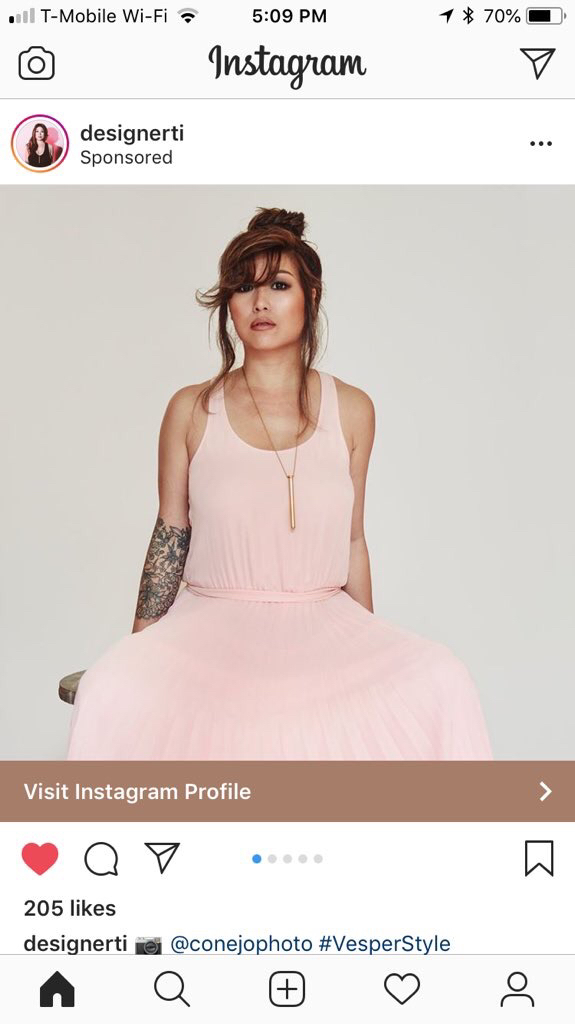 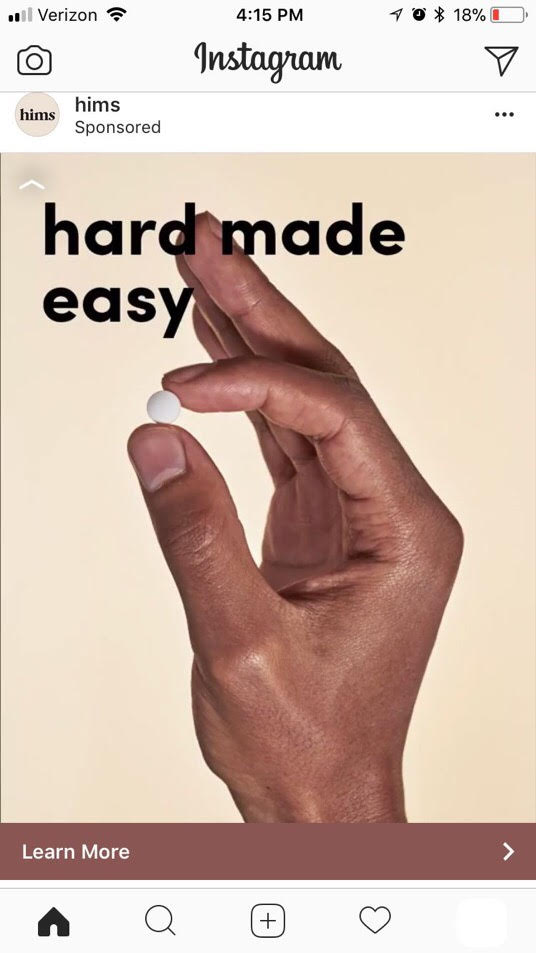 HMMMM. Is that not “adult”? Wild how Instagram won’t let a f*cking necklace get promoted, but you can literally promote medication for male sexual dysfunction with no euphemisms or allusions as to what it’s for and that’s perfectly fine. But, okay, Facebook (and therefore, Instagram) is just one evil corporation and can’t be applied to people as a whole. Right? Mehhh, except that in June—again, of 2019—female sex toy company Dame sued the MTA for rejecting its ad campaign, when we’ve all seen the cactus penises of Hims plastered all over the subway.

It’s almost as if… across the board… there are different standards for men and women? With women always getting the more impossible standard to uphold?

In her essay for Harpers Bazaar (the reason this photo was taken and posted in the first place), Emily writes, “For me, body hair is another opportunity for women to exercise their ability to choose—a choice based on how they want to feel and their associations with having or not having body hair.” She says that she tends to like to shave, but sometimes growing out her body hair makes her feel sexy. She continues, “there is no right answer, no choice that makes me more or less of a feminist, or even a ‘bad feminist,’ to borrow from Roxane Gay. As long as the decision is my choice, then it’s the right choice.” And it should be a choice—because really, who the f*ck cares what someone else does with your armpit hair?—but as we see time and time again, people get pissed when women make choices that don’t fall in line with the picture-perfect ideal of femininity.

On its face, body hair is just not that serious. Shave it, wax it, laser it, or don’t—whatever you choose is not exactly going to affect your rights or personhood. You’ll likely get some rude comments, if the internet is any indication, but it’s probably not going to pose a threat to your existence. But, the way people—even other women!—respond to confronting something that naturally grows out of our bodies in the first place is indicative of systems that continue to put women down for normal human functions.